After church today, we came home and went outside in the back yard. Here’s the conversation I had with Kasen. (3yrs)

Kasen: Daddy, where does the wind come from?

Kasen: We can’t see Jesus, but we can feel him too.

Wow!! We’ve had a similar conversation before, but I didn’t think he’d remember it all so clearly. I told Miranda about it and she said she had talked to him about it as well. It makes me so excited to see him understand so much about God at such an early age.

The sermon today was from John 3, where Jesus is talking to Nicodemus about the work of the Holy Spirit and relating it to the wind. Seems like the wind is what God is wanting us all to remember today. I love it when His voice is so clear!! 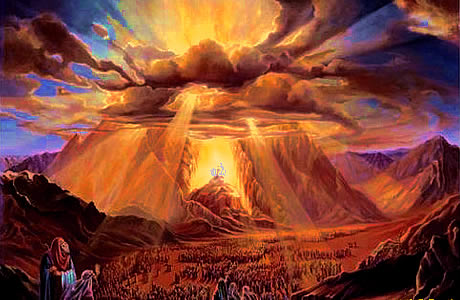 A few years ago (before I was married & had kids), the Corn family decided to go on a ski trip during the Christmas holidays. We had planned to drive to Colorado from my mom’s house near Ft Worth, TX. The weather in west Texas didn’t look good, but we decided to brave it anyway. Ski trips are a pretty high priority among the Corn’s. Anyway, as we drove through west Texas, ice began forming on the roads and we started seeing more and more cars that had spun out and were in the ditches. 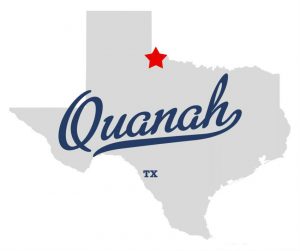 When we reached Quanah, TX they closed the road ahead of us. The road home was also closed so we were stuck in Quanah. Not only that, but there were so many other people stranded, that there were no hotel rooms left in the whole city. It was Christmas and we were stuck in a town where there was no room at the inn. A gas station attendant suggested that we check with the First Baptist Church of Quanah. WE followed his directions (just a couple of blocks) and discovered that they were receiving people. Many other travelers were there. The church people hosted us well. They had a few tables full of homemade food and Christmas goodies and offered to let us sleep in their gym using blankets which many of their members had brought from home. The other refugees were from all over the place, but most were on their way to some family get together. Some had their pets with them. In the end, the Christmas story came to life for us that year. There was no room at the inn so we slept with the animals.

Now, what’s all that got to do with Pentecost? I think my experience that year might have been similar to what the disciples felt the day we know and celebrate as Pentecost. Here’s what I mean: Pentecost had always been a celebration of the time that God had given the Law to Moses. He spoke to Israel that day. 50 days after the crossing of the Red Sea. 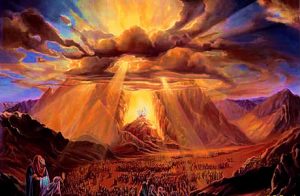 According to Exodus 19:16, God descended on the mountain with fire/lightning and with “voices” (the Hebrew word translated “thunder” is more accurately translated “voices”) Each year, the Israelites celebrated Pentecost, remembered God’s intervention, and rededicated themselves to the study and practice of His word.

Now, let’s jump forward to the New Testament. The disciples were celebrating Pentecost and would have read the Exodus passages recalling the original events of Pentecost. It was 50 days after Jesus’ resurrection. The Holy Spirit descends upon them like fire and they begin to speak in tongues. Sounds a lot like the lightning and voices in Exodus to me. Make no mistake that these Godly men, saw the similarities too. Like me as I snuggled into that blanket in that gym with the animals, I’m sure they felt like they were experiencing

something amazing – something that meant more than the surface experience. There was something going on much deeper. Check out this little table:

The Christian church celebrates Pentecost each year as the birth of the church and the time when the Holy Spirit was given. But I wonder if we are missing out on the rich history of it all? Like the Jews, maybe we should also use this time to thank God for His word. We even have more to be grateful for since it’s been written on our hearts by the Holy Spirit. Maybe we could celebrate and appreciate the Scriptures by studying more intently or with a focused time of applying them to our lives? If the original holiday was centered around God’s word, why isn’t our celebration of it?

The Israelites celebrated Pentecost by remembering God’s intervention with His Word, and rededicated themselves to the study and practice of it. We would be wise to do likewise with the addition of celebrating the birth of the church and the giving of the Holy Spirit. Somehow we got turned around – today, most churches only celebrate these “additional” blessings. I’m just trying to say that the original gift (His Word) is still worth celebrating too.

Lately I’ve been reading a book called “Sitting at the Feet of Rabbi Jesus.” So far, it’s a great book – all about the Jewishness of Jesus and the insights that come to the Scriptures when you understand Jewish culture. I’m loving it!!! (I’m hoping to write a blog later about the things I’m learning from it.)

Anyway, one of the insights that has jumped out at me is the relationship between a disciple and his rabbi. One of the sayings found in the Mishnah, Bava Metzia 2:11 is, “If a man’s father and his rabbi are both taken captive, a disciple should ransom his rabbi first.” – Now that’s amazing devotion! Disciples lived with their rabbis with the goal of becoming like them. They served them and attended to their personal needs with the goal of understanding not just the concepts that they taught, but the lifestyle with which they lived. A rabbi was once (recently) observed in Jerusalem walking in a bent-over position with a little shuffle. Behind him walked several other men (presumably disciples) in the same manner.

Earlier this week I was in the backyard watching Kasen as he ran around playing – pulling the wagon, collecting leaves, stooping down to pick up sticks on the ground or whatever he happened to notice, etc. (It’s a beautiful thing to watch a little boy discovering the world around him.) Anyway, as he played, I kicked at the ground – there was a specific spot where there was no grass and the mud had dried. Anyway, I was off in another world, kicking the ground, thinking about life and God and who knows what when I realized that Kasen had joined me to kick the ground. He was watching everything I was doing. He wants so desperately to be like his daddy and I must admit – that really scares me.

Scripture is pretty clear that Miranda and I are responsible for training up our children up in faith and teaching them. (Deut 6:6-9) Whoa! That means that for Kasen and Kesleigh – I’m the rabbi. What?!?! That’s crazy. God would put that kind of responsibility on me? I’m no rabbi. I haven’t had the training. I don’t have the knowledge. Or do I? I mean, it’s true I don’t have that kind of wisdom – but I have something better. The true rabbi, Jesus lived out the perfect example for me and for all His children (that includes my kids). The Holy Spirit also dwells within me and with His guidance. . . well. . . I’m hoping those are the things Kasen and Kesleigh will imitate – I’m hoping I can be better at modeling the behaviors that the Holy Spirit guides ’cause it’s definitely true. Kasen and Kesleigh will imitate me – even if all I’m doing is playing around in the dirt.

Prayer: Lord, I confess that I have played in the dirt for way too long. I don’t want to waste any more time though. Help me to build Your kingdom. Cover my children and draw them to Yourself so they can also join their parents and one day build Your kingdom too.

Over the years, I’ve done quite a few different spiritual gifts assessments. The one we did tonight in class was a “blind” test. (One where you don’t know what gifts you’re answering about) It also included a large list of gifts and defined them a bit differently than the one I normally wok with. Here are the scores I got tonight:

The test I normally use only checks for what they describe as the “motivational gifts,” which includes only 7 gifts: Teaching, Perceiving, Exhortation, Administration, Giving, Serving, and Compassion. Each time I’ve taken that one I end up with Exhortation and Teaching as my highest scores. Interestingly enough they define exhortation a little differently – in this test, it is a combination of encouraging and pastoring. The test I took tonight pretty well matches what I’ve seen before if you take that into account.

Certainly interesting results considering the kinds of things God has been placing on my heart lately. Hmm????

During class tonight, one of the guys sitting at our table (Beto) said something that I thought was pretty insightful. We were discussing our outlines of the book of James and he said something like this:

“Do we break the law, or does it break us? It’s the standard of the law that breaks us.”

The truth is that for me most of the time it’s me breaking the law. Sometimes I don’t ever even know I did it. But sometimes, the Holy Spirit reveals it to me that I’ve done it, and then I have a choice to either let the law break me or to rebel and refuse to repent. I wonder how many times I’ve been so hardened that I’ve ignored the Spirit. I wonder how many times He knew I wasn’t even ready to admit my sin and decided not to even reveal it to me?

Prayer:
God, I wanna be the kind of guy who is broken by the law. I know it’s not a fun place to be, but I wanna chase after You and that means being broken to my own selfish desires. It means that I wanna have a soft heart which is sensitive to your subtle nudges and prods. Push me God. Let me be broken by your law, and restored by your grace. Renewed and rebuilt into the man you’ve called me to be. I believe You are working on me and trust You to do it – I’m even excited to see how it’s all gonna turn out! Thank You! AMEN!