My youth minister, Joe, sent me an e-mail that was pretty interesting today. I’ll have to study up on it to check on it’s validity, but here’s what it said was talking about:

John 20:6-7 says, “Then Simon Peter, who was behind him, arrived and went into the tomb. He saw the strips of linen lying there, as well as the burial cloth that had been around Jesus’ head. The cloth was folded up by itself, separate from the linen.”

According to this article it’s notable that the cloth was folded. It is certainly interesting that the Bible actually places such emphasis on this fact that it clearly spells it out for us in the midst of this incredible story.  Here’s why – Evidently in Jewish culture, when a Master was finished with his meal, he wadded up his napkin which told the servant that he was finished and the plate could be cleared. However, if he wasn’t finished yet, he folded the napkin telling the servant that he wasn’t finished and would return.

With this same imagery, Jesus told us that he wasn’t finished and that he would return. Cool Stuff!!

Dr. Loken suggested in class today that we journal about some of the “living examples” in our lives. We were studying Colossians and at the end of all the things Paul tells the people there – he lifts up a few guys  as examples for how to live the way he has just described. He talks about Tychicus, Onesimus, Aristarchus, Mark, Justus, and Epaphras. (and some others)

I’m gonna tell you about Mike, Joe, and Jon – these are guys who I can point to who are true disciples – they have been tested and been through so many things, but still have remained faithful to the Lord. One day, when my son grows up (He’s gotta be born here first), but one day – I will tell him about these men so he can know that living for the Lord is something which can truly be done and that it makes a difference.

“Mike”. . . . . .wow I’m not even sure where to start – “Mike” is Mike Mathews – he is now my father-in-law, but was first my boss. That’s about all he was at first, but eventually our relationship grew and he became my pastor, then my later – a friend. He and I traveled the  world together (Israel, England, and to all kinds of churches in the US) Eventually, I fell in love with his daughter (that’s a whole other story though) and married her. Anyway, Mike had been an incredible pastor for over 20 years, when the system failed him and his ministry was stripped away from him without grounds. His life was turned upside down – his esteem and identity were thrown to the ground – he ended up working at “home depot.” And yet – through it all he was faithful to God – he handled the situation with integrity and love for the very people who were falsely accusing him – he even found his way into a church within a month of being run out of one. This is a true MAN of God. If you wanna see what it means to follow Jesus – look at Mike – his life will testify of an incredible love for Jesus.

Joe – Joe Torrez was my youth minister – nothing all that special in the eyes of the world – just a regular “Joe” who served in a tiny little church doing ministry “part-time.” But Joe led me to know the God of the universe! Now he quietly serves the Lord by teaching the Bible  in his home. That small group of people who meet with him have truly become what I believe the church is supposed to be. If you wanna see what it means to follow Jesus – watch Joe – he’s doing it every day in a quiet way.

Jon – Jon Godbold is my friend – He and I served together doing music together, but more than that – when I was alone in a new town – Jon invited me into his life and  even considered me a part of his family – to this day, I can go to his house @ Christmas and see a stocking on the mantle with my name on it. Jon and his wife Laurie are amazing in the way they live out their faith. They simply love people. There are probably more people than I’m aware of, but I know of at least 3 people who they have invited to live in their home with them when they were in need. I was one of them. My wife was another – (we weren’t at their house during the same time, but she lived there too). Shelby is the third. Anyway, by simply loving people and sharing what they have, they become witnesses not just to the people  who they have taken in, but also to anyone else watching the situation. Their home is one where faith is discussed openly and often. It’s a home where people are always welcome – even when they aren’t there. It’s a place where people feel loved and for whatever reason – people are drawn to their house – they want to be there because you simply can’t be at the Godbold’s and not experience God. I pray that my home i like that one day too.

Anyway, those are some of the people I’d tell you to watch if you wanna see what a Christian looks like today. 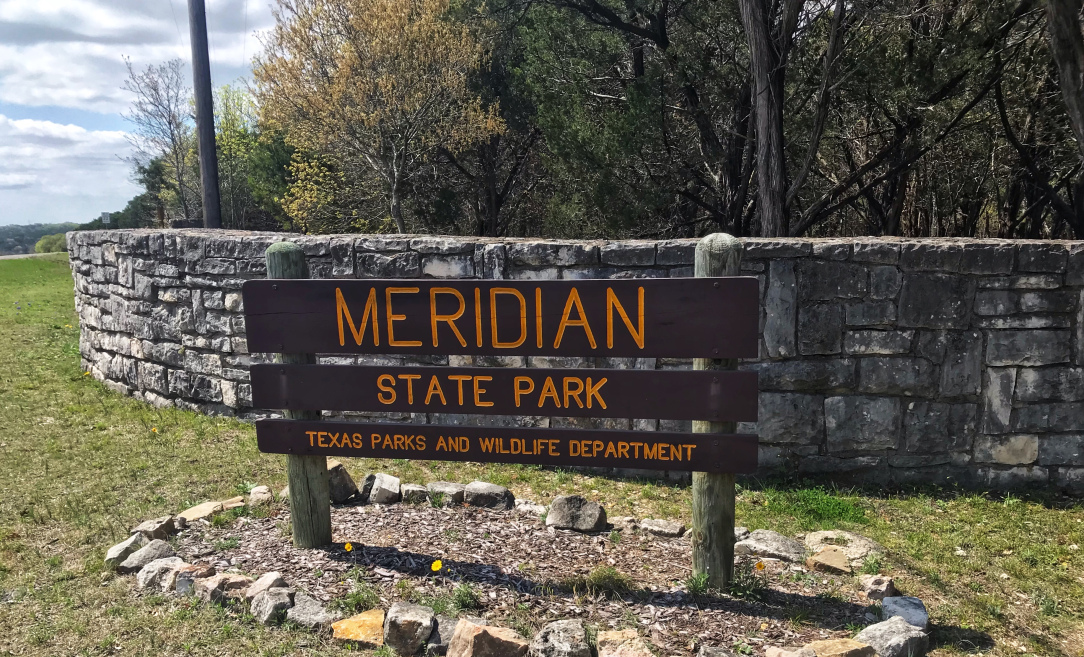 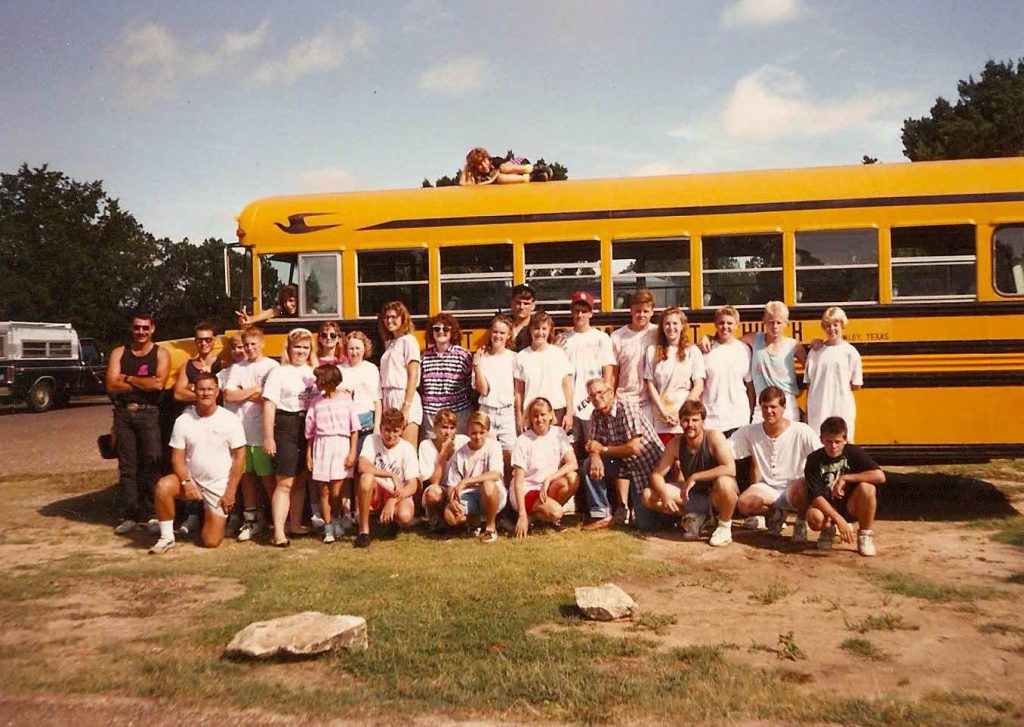 Gosh, I’m not even sure where to start this post. That title alone – MERIDIAN STATE PARK – conjures up so many images and emotions within me. Meridian holds memories of friends, campfires, fried fish, rock climbing, hiking, Bee’s Ledge, Herman, water balloons, swimming, guitars, and singing. It makes me think of people like my dad, JET, Deason, James, Jackie Jo, Schlotzhauer, Chris, Bulldog, Chuck, Ronnie, Shayne, Robin, Todd, Dowdy dude, Brandon, John, Mary Francis, Joni, Wendi, Stephanie, Holly, Mike, Seabolt, Susan, Jaime Jo, and so many others. Connie, Tinker, Susan, Yvonne – truly the list goes on and on. And the crazy thing is that each item on this list is a memory. Most importantly, Meridian is the place I gave my life to Christ. It’s the place that everything else in my life hinges on. If it weren’t for the people and relationships that I made that Wednesday night (July 18, 1985), I honestly don’t know where I’d be. 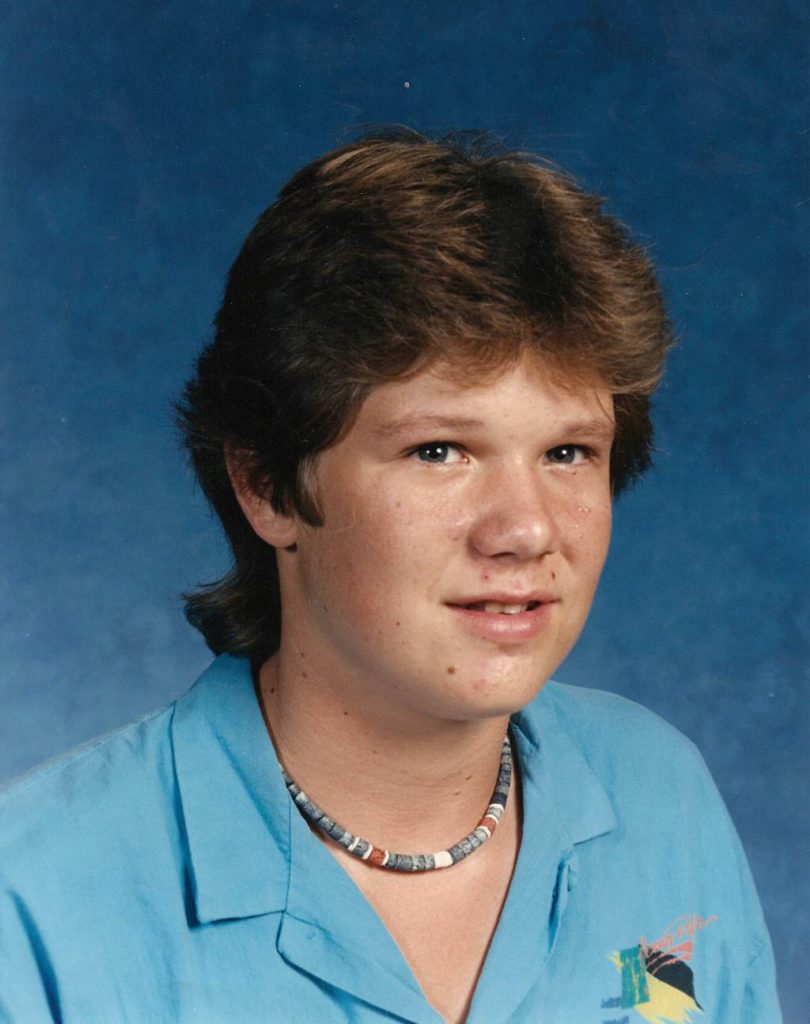 By the way, this ID pic was taken of me just a month or so after that Wednesday night. As you can see, I was well on my way to a really great mullet – the 80s were so cool!

Joe, my youth minister, invited some folks to go to Meridian this past weekend. I was the first to arrive, and so I walked around the camp alone just praying for about 45 minutes before anyone else showed up. As I walked, everywhere I went, it seemed like every step I took my mind was flooded with these emotions and memories of something which had happened in that very spot. I thanked God for each of those events and for the people connected with them.

Joe talked Saturday night about the “Standing Stones” from Joshua 4 which were set up to memorialize what God had done in that place. (Stopped the Jordan river from flowing so the Israelites could cross and enter the Promised Land.) 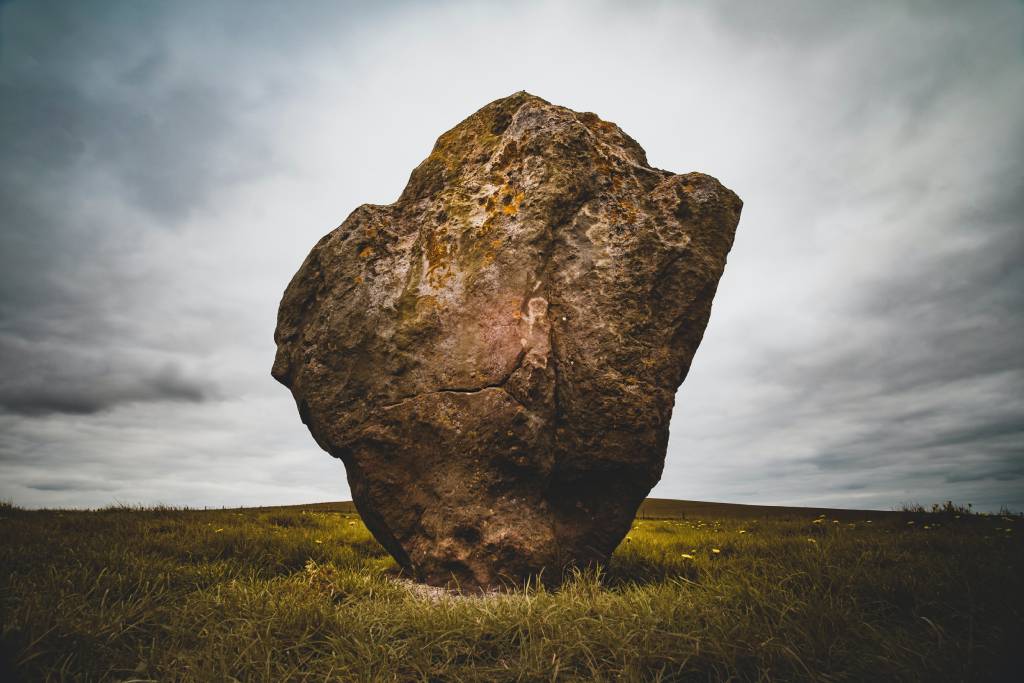 When people would come across a standing stone in later generations, they would ask the question, “What did God do here?” and then they would worship Him in that place. (No! These people are not bowing down to a standing stone, but to God. The stone only reminds them of the Lord’s work.)

Anyway, as I thought about Meridian this weekend, I realized that Meridian is the first “Standing Stone” Memorial that I have in my life. It’s the place that began my life with Christ. As I have continued to live my life with Christ, there have been many others. I can look back at quite a few other memorials and see where God has moved. Some of those include: Jan 3, 2004 and my Beautiful Bride, the day my dad died, the Godbolds, the Wesley Foundation @ A&M, Mike Mathews, The Wave, Throne Together, my trip to Israel, Mercy Ships, and now Lake Jackson. There are still many others both past and future, but it sure makes my life easier knowing that I can look back at each of these events and see very clearly that God moved. My faith almost doesn’t seem like faith, because I have had so many evidences or revelations of God in my past. Each of these memorials has made me who I am. When I step back and look at all of them together, each one adds to the other to point me down the road for my future. I still don’t know what my future holds, but with each of these anchor points it sure seems like God is leading a particular direction. His wind is mighty, my sails are up, I’m excited to imagine what’s next.