Everyone seems to agree there are fewer true leaders in the world today than in any other previous generation. I wonder why? Here’s my BIG thought: I wonder if the lack of leadership is somehow connected to the lack of “play” in the world? Let me explain. 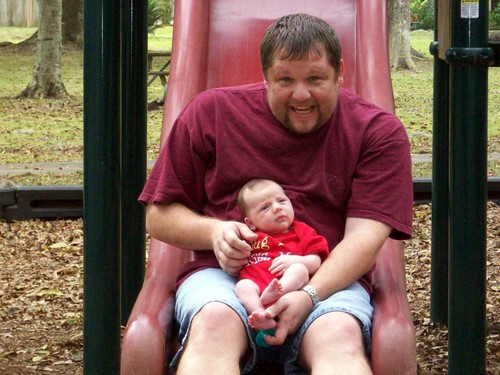 It’s has always been a pet-peeve of mine that kids today don’t know how to play. They are good at wasting time with TV or video games, but “play” is a whole different thing. You’ve gotta be creative to play. You have to use your imagination to play. (By the way, in the Scriptures, the very first characteristic God chooses to reveal to us about Himself is His creativity. Then He says we’re made in His image.) Play revolves around creating stories and scenes and situations. You’ve gotta be willing to look foolish if you’re gonna “pretend” anything – and what is play without pretending something? Remember when you used to play hide-n-seek. I remember imagining that I was the good guy who was hiding from the dreaded evil enemy. I remember playing football and pretending to be the radio announcer as the game winning touchdown was scored.  My parents didn’t look down on me for those days. They didn’t think I was foolish. They laughed and enjoyed my creativity. They encouraged my imagination. They imagined with me. In play, we learned about the world. We began to understand how it worked. We developed deep friendships – in some ways they were probably deeper relationships than our current ones.

What if leaders began to “play” more? What if they imagined and weren’t afraid of looking foolish? What we created a culture of “play” where everyone was a part of it and no one really felt intimidated to join in on the fun? When we “play,” we don’t have to feel insecure, ’cause it’s just for fun anyway. If we taught our children to play more (by playing with them) would their generation have more leaders? I think it would.

If our leaders were allowed to imagine more, dream more, how many of us would dream with them? If they were allowed to “play” with stuff until they figured it out, what new innovations would we have?

He (Jesus) displayed a genius for never growing up. He didn’t have much use for work. In fact he attracted his disciples by calling them from work: ‘Let others work, even bury their dead. You follow me.’ (Matthew 8:18-22)

Ask someone born before 1964, “What do you do?” and you will find out where they work, what their title is, what they “do” for a living. Ask someone born after 1964, “What do you do?” and you are as likely to find out that they dirt-bike, mountain-climb, net-surf, sea-kayak – in other words, they define themselves more by “life-first” than “work-first” commitments. . . .

If you want to make a violin sing, do you “work” at it? No, you “play” a violin. It takes a lot of “practice,” but the “practice” leads to “playing” the instrument. I want my marriage to sing. That’s why my wife and I don’t “work” at our marriage; we “play” at our marriage.  . . I don’t want the Scriptures to “work” in my life; I want them to “play” in my life.

People don’t get “burn out” from too much work, but from not enjoying their work.

Anyway, leaders should learn to play and play hard – not just when they’re away from the office, but even while they’re in it. Work should never really be work – it should be enjoyable – going to the office should be like entering the playground where you are free to express yourself (within the boundaries) and imagine and create and dream and get others to join you in it all. When you leave, you might have some dirt to clean off, but you’re still excited about coming back to play again the next day.

PS – I have watched children and on the playground, it’s the ones who imagine and dream and are willing to look foolish who end up leading the other kids. Leaders play. Players lead.

One Reply to “Play”