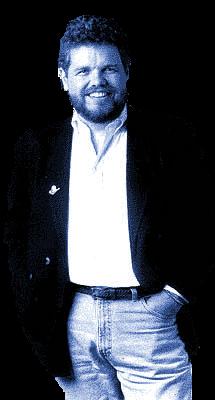 About 17 years ago, I went to the National Youth Workers Convention for the first time. It was in San Francisco that year. Anyway, while I was there, I went to a workshop on creativity by a guy named Craig McNair Wilson. It was the “Imaginuity” Workshop. Anyway, many of his ideas have really stuck with me throughout the years. His main idea is that Imagination is a great thing, but it falls short of creativity in the sense that imagination stays in the head. He combined the two words to come up with “imaginuity” which he described as “imagination” with “creativity” infused. It’s about making imaginary things happen. In my own words “imaginuity” is “imagination with wings.”

Anyway, I was reminded of all these ideas when I was reading Andy Stanley’s book Visioneering today. I’ve already posted about the difference between a dreamer and a visionary (visionaries imagine themselves getting things done, dreamers just dream). “Imaginuity” is another way of speaking about vision because it too motivates one to do something. McNair Wilson worked for Disney at one time and was called an “Imagineer” – that’s a pretty good term for a visionary too.

Anyway, these were just some thoughts I had today about vision.

I’ll try to pull out my notes from that first convention to see what else I can remember about his “imaginuity” ideas. Maybe I’ll even order the video with his teachings on the subject.

I’ll finish this post with a quote from McNair Wilson. (It has nothing to do with vision or creativity, but it’s still good.)

“If you don’t do you, you doesn’t get done and the world is incomplete. Do what you do best. Do that a lot.”