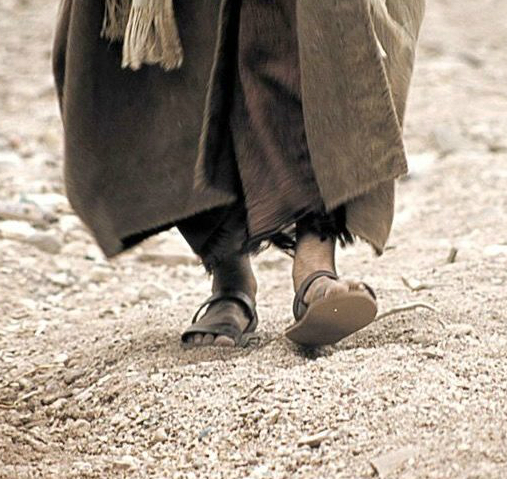 I wanted to post something about how the Jewish Educational System worked. Once I knew this stuff, my understanding of Scripture seemed to be much stronger. Anyway, here’s a basic description. (Very basic)

In the Jewish culture of Jesus’ day kids were taught the Torah (first 5 books of the Bible) in the local Synagogue (church) beginning at the age of 6. They had classes 5 days a week just like we do today. By the time they were about 10 years old, they had memorized all of the Torah – the first five books of the Bible. These classes were called “Bet Sefer.” Anyway, most Jewish kids were pretty well finished with school (“WooHoo! Graduation!”) after this and went home to learn the family trade – like fishing or carpentry or something like that.

Now, the kids who were really the best of the best among them were allowed to continue in school in something called “Bet Talmud.” Here, they studied all of the Hebrew Scriptures (Our Old Testament) and memorized all of them between the ages of 10-14. During this time, students also learned the Jewish art of questions an answers. Instead of answering with an answer, they were taught to answer with another question. In this way, students could demonstrate both their knowledge and their great regard for the Scriptures. They were taught to always be curious about the Scriptures. Look at how Jesus was described as a young boy in Luke 2:46-47 – “After three days they found him in the temple courts, sitting among the teachers, listening to them and asking them questions. Everyone who heard him was amazed at his understanding and his answers.”

Very few of these students ever made it this far. For the few who did there was still another set of classes called “Bet Midrash.” If you were smart enough and knew your Scriptures well enough to make it this far, you were given the opportunity to go to a rabbi (teacher) to seek further education. The rabbi would grill you and ask you all kinds of questions, because he was trying to find out if you were good enough to be his student. He wanted to know if you knew enough, but even more importantly, if you could be like him in all areas of your life. If he decided that he didn’t think you could do it, then he would tell you to go back to the family business. It was very rare, but if he thought highly enough of you, he would become your teacher and it would be your goal to become like him in every way. You would agree to take on his “beliefs” and his interpretations of the scriptures. This was called his “yoke” and he would say to you, “come follow me.” This was a huge privilege that was offered to very few people. The disciple’s (also called “talmudim”) job was to become like the rabbi in every way. If the rabbi was hurt and had a limp, you might see his healthy disciples walking behind him (in his footsteps or “in the dust” of the rabbi) with a limp.

Now, listen to Jesus’ words in Matthew 11:28-30 “Come to me, all you who are weary and burdened, and I will give you rest. Take my yoke upon you and learn from me, for I am gentle and humble in heart, and you will find rest for your souls. For my yoke is easy and my burden is light.”

I used to always wonder why the disciples were so quick to drop their nets, their jobs, and their lives to follow Jesus. However, this understanding changes things. The disciples were normal guys who were out working in their family trades. This means they didn’t make the cut. They had already dropped out of school and had resigned themselves to the fact that they would probably never be able to follow a rabbi or become a disciple. When Jesus came along and made His offer, they jumped at the opportunity. They didn’t want to miss it, so they dropped what they were doing and went. This would be the equivalent of Michael Jordan saying to a Jr High student “Hey, I see a lot of potential in you. Would you want to come and do some training with me?”

In the end, Jesus is our rabbi. We are to become like him in every way. 1 Peter 2:21 – “To this you were called, because Christ suffered for you, leaving you an example, that you should follow in his steps.”