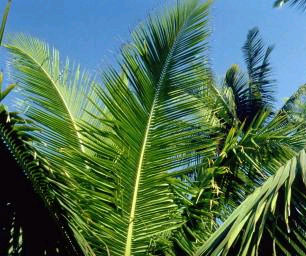 I know. I know. Palm Sunday is over and I’m a little late in this post, but here’s the deal: I was listening to Rob Bell’s sermon on-line from that day and feel like I’ve just learned a lot. Anyway, I’ve just gotta share it ’cause it’s so cool. So here we go.

Palm Sunday is the day that we celebrate Jesus’ entry into Jerusalem the week prior to His crucifixion and resurrection. Anyway, here’s what I learned about the culture of this whole event: 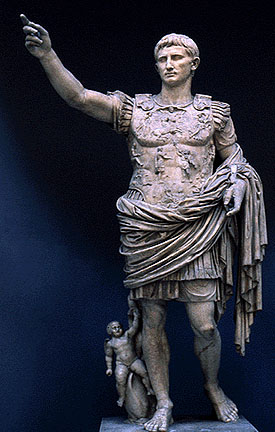 During Jesus’ day, Pilate ruled over Jerusalem as a Roman governor. Pilate’s superior would have been Caesar. Caesar believed that he literally had come from heaven to earth and that he was the son of God incarnate on earth. He wanted to show people his power by spreading propaganda. Some of the sayings of his day were: “Caesar is Lord! There is no other name under heaven by which people can be saved than that of Caesar.” He also had a 12-day celebration of his birth called the “Advent of Caesar.” You could even give him offerings so that your sins could be forgiven. He was “King of Kings and Lord of Lords.” Caesar also minted coins with his face to help spread his name. When Rome conquered Jerusalem he also required a tribute in the form of a tax from that country. This is a huge deal to the 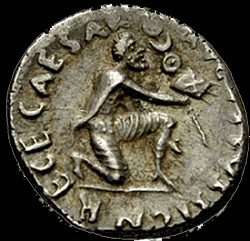 Jews ’cause Caesar was claiming to be
god. If they paid the tax, then they would be breaking the first two commandments – no other gods before me, and you shall have no graven image. (coin itself was an image) When the religious leaders try to trap Jesus with this issue he asks them for a coin – this means that Jesus didn’t have one (He wasn’t carrying a graven image) When the religious leaders pull one out, they have already broken the second commandment. Jesus is so cool!!!

During Jesus’ day, there were a few times a year that all Jewish people were supposed to go to Jerusalem to celebrate specific holidays together. The Romans were in charge and ruled over Jerusalem, but during these celebrations, the Jews would certainly have outnumbered the Romans who were present in the city. Pilate (the Roman governor) would probably have felt pretty weary about these festivals. I mean, there was always a big mess to clean up, fights to break up, and simply more people to govern and take care of during these times. It would have been a stressful time in government and there was also the 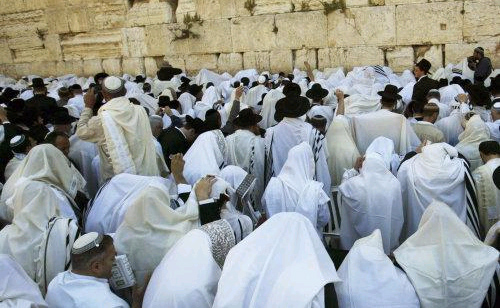 ever-present threat that if the Jews decided to all get together, they might be able to overtake him. Pilate lived in a mansion in Caesarea, but during these festivals and specifically this week (Festival of Unleavened Bread or Passover – this festival celebrated that God heard their cry during a time when they were oppressed by a foreign government.) Anyway, Pilate would march into Jerusalem to keep things in order during these festivals. His procession was designed to be authoritative and show his power. It was designed to scare the people so that they would never even dream of uprising against Rome. The procession began with the Roman emblem which was an eagle.

Sidenote: A teacher of the law, says Jesus I’ll follow you wherever you go, and Jesus responds “Foxes have holes and birds have nests, but the son of man has no place to lay his head.” (Matthew 8:20) He was speaking about Rome as the “bird” and the word “fox” refered to the Herods who were corrupt kings who lived in palaces but didn’t care about the people. Jesus’ answer spoke saying “These other movements are about power, mine is different – I don’t even have a place to sleep.” 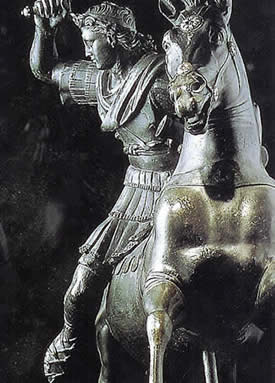 Now, PILATE ENTERED JERUSALEM ON A HORSE FROM THE WEST!

Luke 19 describes another event which happened the same week. Jesus went to Jerusalem and from the Mount of Olives (east of Jerusalem) he sent some people ahead of him to get a donkey. As you look west from the Mount of Olives you can see Jerusalem just past the Kiddron Valley. They brought the donkey to him and people spread their cloaks on the road as He went past them. “Blessed is the King who comes in the name of the Lord!” This word “King” might not have been a good one to use in light of Pilate who had just come in himself. Some of the Pharisees ask Jesus to rebuke the disciples and to kind of “keep it down.” Jesus responds, “If they keep quiet, the stones will cry out!” 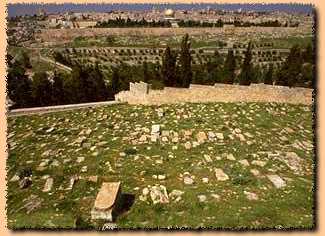 Now, there were a bunch of stones/graves on the Mount of Olives, because the Jewish belief was that the Messiah would raise from the dead all the good Jews who had died. From there they believed He would lead them all into Jerusalem where there would be peace and prosperity. Therefore, they all wanted to be buried near Jerusalem. So anyway, the Pharisees told them to be quiet, but Jesus says basically, “I’m the Messiah who will raise these people from the dead!” The Pharisees lightbulbs came on ’cause they certainly knew what Jesus was talking about. 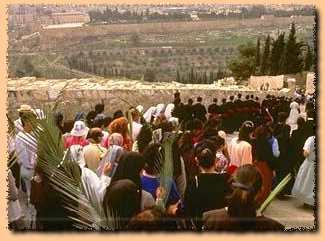 Why did Jesus weep as He entered the city? In the year 70AD the Jews decided to do it all Pilates way and they took up arms against Rome – they got destroyed! The temple was also destroyed. Jesus knew that Jerusalem would fail to do things His way, even though they were quick to follow Him now. 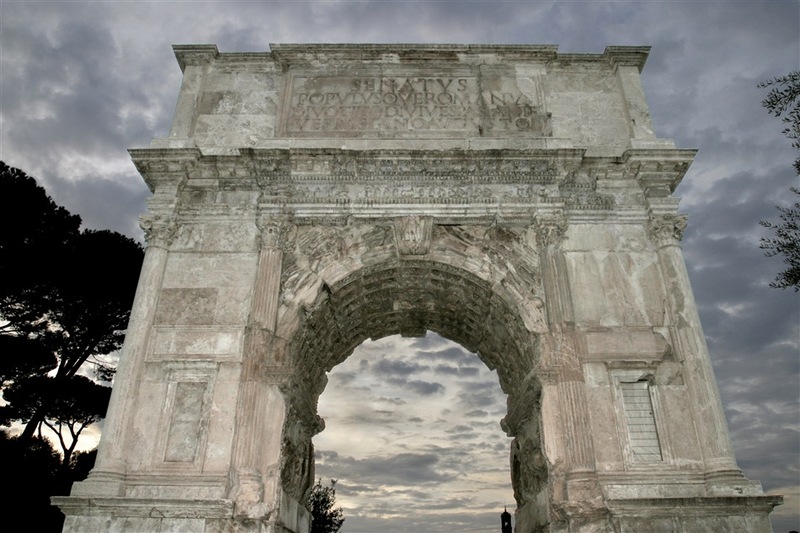 In the city of Rome today stands the “Titus Arch” in remembrance of the destruction of Jerusalem. Can you hear Jesus? “You guys don’t realize it, but you’re gonna end up falling into the trap of war too.” 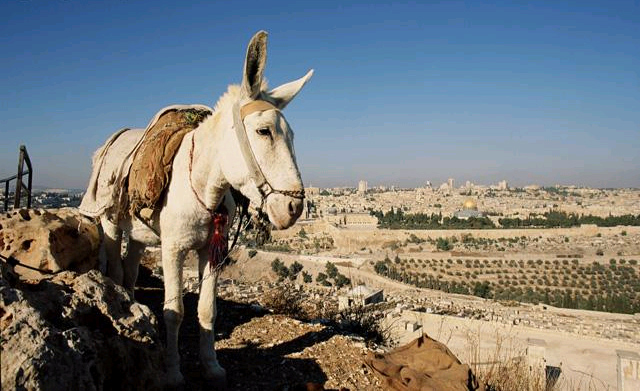 Me? I hope I can choose the donkey.