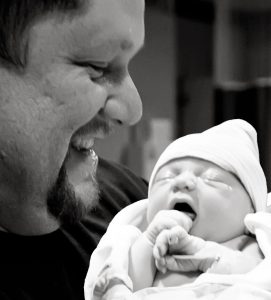 Did you know that our emotions come out in our faces? Of course you did. Poker players bank on it – looking for the “tell” in the other players faces. Everyone looks into the eyes of the one they love when they’re being told “I love you.” Why? So you can determine the sincerity behind the words. According to the experts, we also make “micro expressions” which happen so quickly that the average onlooker doesn’t even pick up on it. Some expressions are made on purpose, but these “micro expressions” are involuntary. Everyone makes them and no one is very good at controlling them.

So what? Well, this means that if we could learn to watch for these micro expressions, we could better understand one another. Is this what Jesus did? Did Jesus just know how to pick up on things more than we do?

All this sort of reminds me of the TV show, “The Mentalist.” The guy isn’t some sort of psychic or anything, he just notices what others don’t notice and is able to put the story together in ways that no one else was able to think of.

Another thought. . .do you think a body of people (like a church) might make “micro expressions” without knowing it? I mean, we just went through a process with a mediator. His job was to tell us what we didn’t recognize about ourselves. Is that what he does? Look for our micro expressions? How can we build the kind of relationships with people that would allow us to recognize these micro expressions? If we did so, how would our lives be different?

Anyway, these were just some random thoughts today that came to me from reading “Blink” by Malcolm Gladwell.