The Feast of Tabernacles was a holiday which celebrated the time when God provided for the Israelites during their time in the desert. For the holiday they were required to travel to Jerusalem which meant that they weren’t going to sleep in their normal comfortable accommodations. The festival is also called the Feast of Booths ’cause they were required to build tents like the ones their ancestors would have used in the desert. This festival coincided with the end of the harvest and so it was truly a celebration. Not only were they celebrating the way God provided for them in the desert, but also how He provided for them that year. It is likely that tents were set up all over the countryside just outside of town during this festival.

Some even believe this may have been why there was no room at the inn for Jesus’ birth. The same word we translate “tabernacle” is also the word used for “stable.” It is also likely that Jesus’ birth happened during the time this festival took place (Fall: Oct-Nov) because there were shepherds in the fields just outside of Jerusalem. Based upon their normal travels from field to field throughout the year, they would not have been there very often, but certainly were during that time.

It is also notable to recognize a couple of other specific practices:
1.) On the last day of the festival the priests would pour water over the altar and the people would celebrate how God provided water for them in the desert. John 7 describes this very same scene on the last day of the festival as the very time that Jesus calls himself the “living water.” This would have been highly dramatic under these circumstances. While the people celebrate God’s provision in the past, Jesus stands before them as if to say, “I’m the new living water. I’m God’s provision. You should be celebrating me.”

2.) Huge lampstands were set up for the Feast of Tabernacles which required a ladder to light. The idea was that these lights could be seen throughout the city of Jerusalem. In John 8:12, Jesus refers to Himself as the “Light of the World” with these lampstands as a backdrop. As an answer to the priests questions about whether or not a prophet could come from Galilee (John 7:52), He recalls Isaiah 9

Isaiah 9:1-2
Nevertheless, there will be no more gloom for those who were in distress. In the past he humbled the land of Zebulun and the land of Naphtali, but in the future he will honor Galilee of the Gentiles, by the way of the sea, along the Jordan-

Isa 9:2 The people walking in darkness
have seen a great light;
on those living in the land of the shadow of death [1]
a light has dawned.

God makes it clear in this passage that a prophet will come from Galilee and even more importantly, he will come “for” Galilee. When Jesus calls Himself, “Light of the World” this seems to be His intention. There we see it all again – Drama.

Jesus is not just a guy who spouts words. He is not just a preacher. He is a master at the dramatic. He’s great at capturing attention and causing people to think. It’s no wonder that the Pharisees were so threatened by Him. He doesn’t miss any “teachable moment.” He takes advantage of every opportunity and even uses object lessons to reveal Himself to the people. Jesus could take any regular moment and turn it around so that it reflected something about His own character. And since He is the Creator of everything, it makes sense that this was possible – the Creator is always revealed in His creation.

Anyway, these were just some thoughts today. 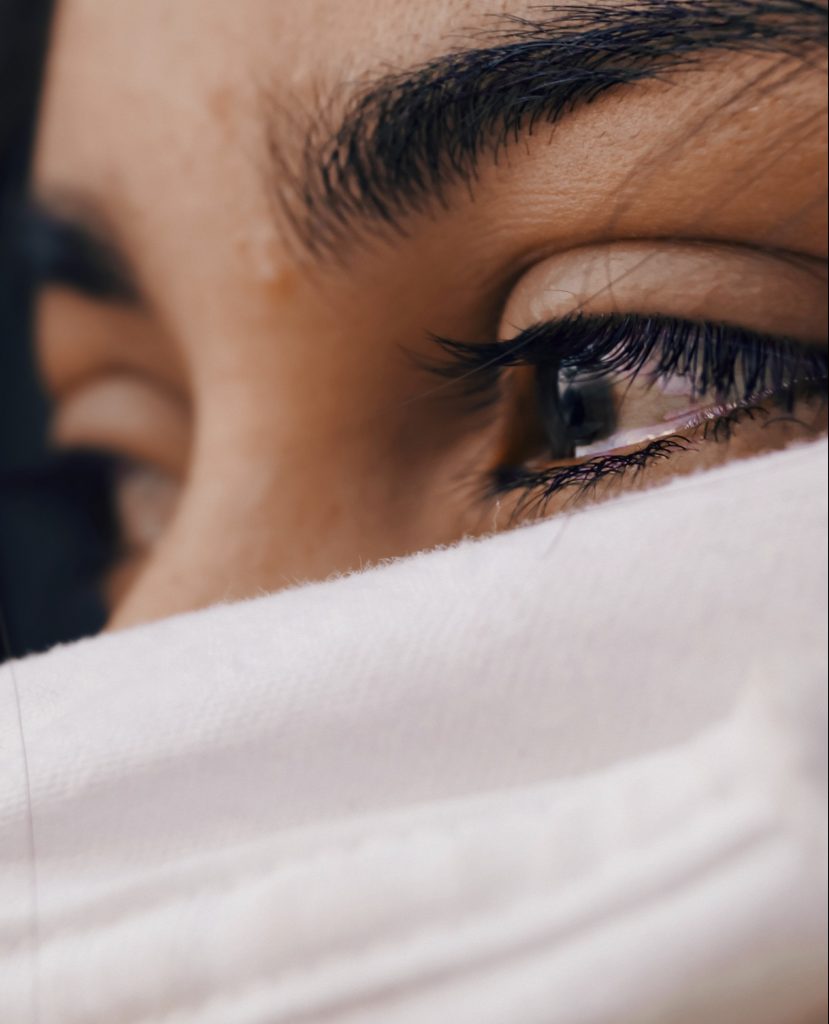 It’s a famous story: The Pharisees bring a woman caught in adultery to Jesus and ask if they should stone her. He answers by saying, “Let him without sin cast the first stone.” One by one, they all leave.

This is one of the most highly debated texts in the Bible. Many pastors actually skip it or choose to never preach on it. Let me explain why. I’ve been studying up on this passage for a Small Group session tomorrow night and here’s what I’ve discovered: (By the way, most of this info is from a sermon I downloaded by Dr. Israel Loken who was my Bible teacher and is a highly regarded Biblical scholar/author.)

2. Textually the passage doesn’t fit the rest of John’s gospel. The words used are not found in any of John’s other writings. It’s highly unlikely that the author of John could have written it.

3. If you omit the passage from John, the gospel seems to flow better. The last part of chapter 7 takes place at the Feast of Tabernacles and raises the question of where Jesus is from. Who He is. When you skip this passage and go directly to 8:12, you see Jesus answering their questions. Especially in verse 14 where Jesus talks about where He came from. Also in 8:12, Jesus calls Himself the “light of the world.” This would make much more of a statement if it happened during the Feast of Tabernacles with the huge festival Menorahs in the background. If we leave the passage in tact, the scene has changed away from the Feast of Tabernacles and this event would not have had the same kind of impact.

4. Even though most scholars recognize this text as a later addition, they also believe it to be an accurate account of a historical event – it really happened. Much like the Old Testament, this story was passed down orally from generation to generation. The story is also recalled by a a few historians long before it’s first appearance in a manuscript in the 5th century. Papius wrote about it around 140AD. Augustine and Ambrose write of it as well.

5. It is important to recognize that even if the story doesn’t belong in the Scriptures, it doesn’t add any important doctrine or make any changes to the whole of Scripture. It merely supports those doctrines which have been established in other texts. 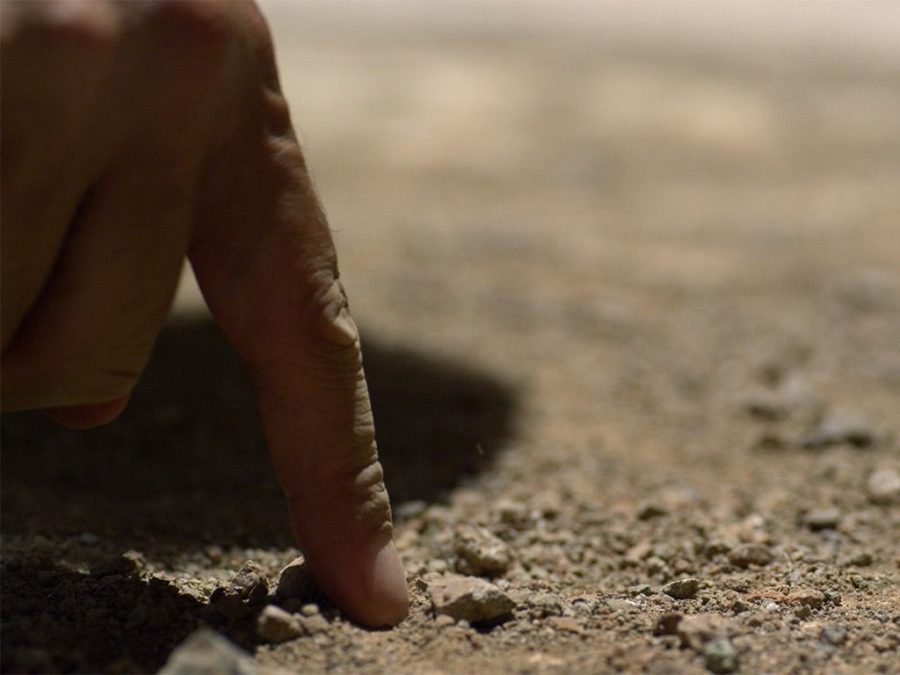 6. In verse 8:6, we see Jesus writing on the ground with His finger. There has been much debate and there are many theories about what He wrote.

a.) He wrote the 10 Commandments. (It’s the only other place in Scripture where the hand of God writes something.)

b.) He wrote the sins of those who were standing as accusers of the woman.

c.) (and this is the one I like) He was writing the text from Lev 20:10 or Deut 22:22 and 24 which describes how both a man and woman should be brought forward when caught in adultery. This would have pointed out the “sins” of the accusers as well as upholding the law.

I also think it’s important to note that “he without sin” disqualifies everyone present. . .well, everyone except Jesus. Under these rules, Jesus actually had the right to stone her. His choice in no way condones her actions. This is clear when Jesus tells her to leave her life of sin. What a beautiful example Jesus has given us! We are to forgive others no matter what the circumstances. We’ve got to remember that we are sinners too and we need the same forgiveness. We have chosen other things over God. We are adulterous too. We are an adulterous people.

This was a fun lesson to teach at small group. We had lots of great discussions around it all. I hope it’s been beneficial to someone else too.