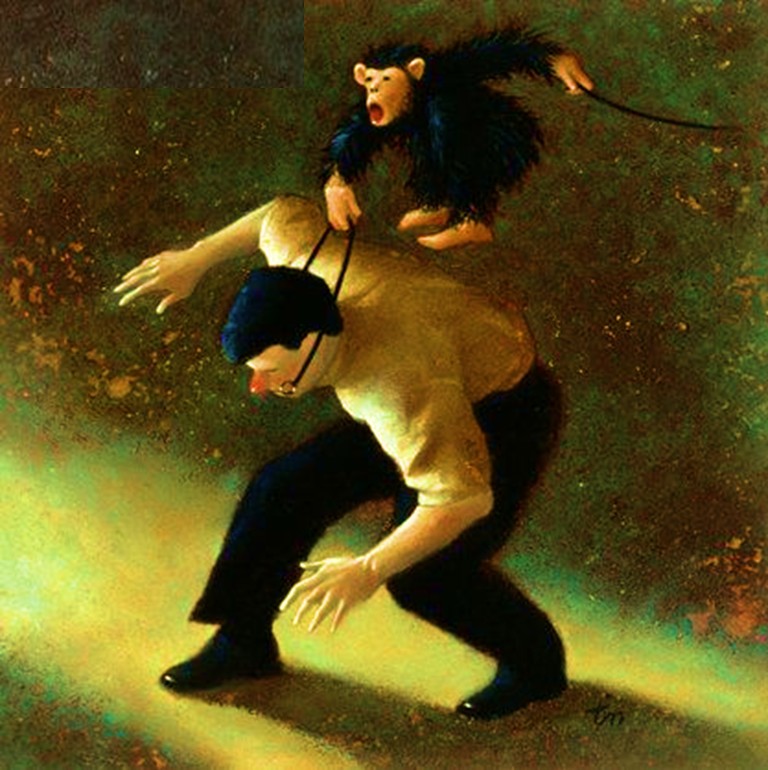 I just read a great article called “Management Time: Who’s got the Monkey?” by William Oncken Jr and Donald Wass. (It can be found in the Harvard Business Review Nov-Dec 1974 issue.)

Anyway, they describe how  leaders fail to manage their time. They describe a fictional situation in which the boss is walking down the hallway and one of his employees strides up to him and says, “Hey, we’ve got a problem. . . .etc.” The boss knows enough to get involved, but not enough to make a decision on the spot. He thanks the employee for bringing it up and tells him he’ll get back to him about it.

This interaction seems to be no big deal, but think about it: The employee has just orchestrated a situation in which the monkey on his back has jumped to the boss’ shoulders. Now, the boss has an extra burden and more than likely, he has allowed a few other employees to do the same – pretty soon, he’s got multiple monkeys on his back. The authors are very clearly advising the boss to not allow such manipulation. They make a great case for empowering those employees to make the decisions and move forward with minimal interaction from the boss. He should focus primarily on those things he’s gifted in.

Here’s my question though: We’re studying Jesus’ model of leadership. He turned everything upside down. The normal top-down hierarchy is flipped with the leader at the bottom serving those he leads. As I look at Jesus, I see a man who was able to take the things which burdened others (their monkeys) and simply remove them from their backs. I’m not sure He took them on Himself – maybe He just knew that some monkeys weren’t worth anyone carrying. Of course there are other times when it does seem like He carried someone else’s monkey (like when He stooped to wash the disciple’s feet).

As a servant leader, who carries the monkey? How can a leader serve without getting bogged down or becoming unfocused from the vision? How can he remain attentive to the things God has gifted him to do while still carrying monkeys? or should someone else carry them? When does he serve and when does he lead? Of course leading is serving, but shouldn’t he also be an example of getting down and dirty in the mundane services too?