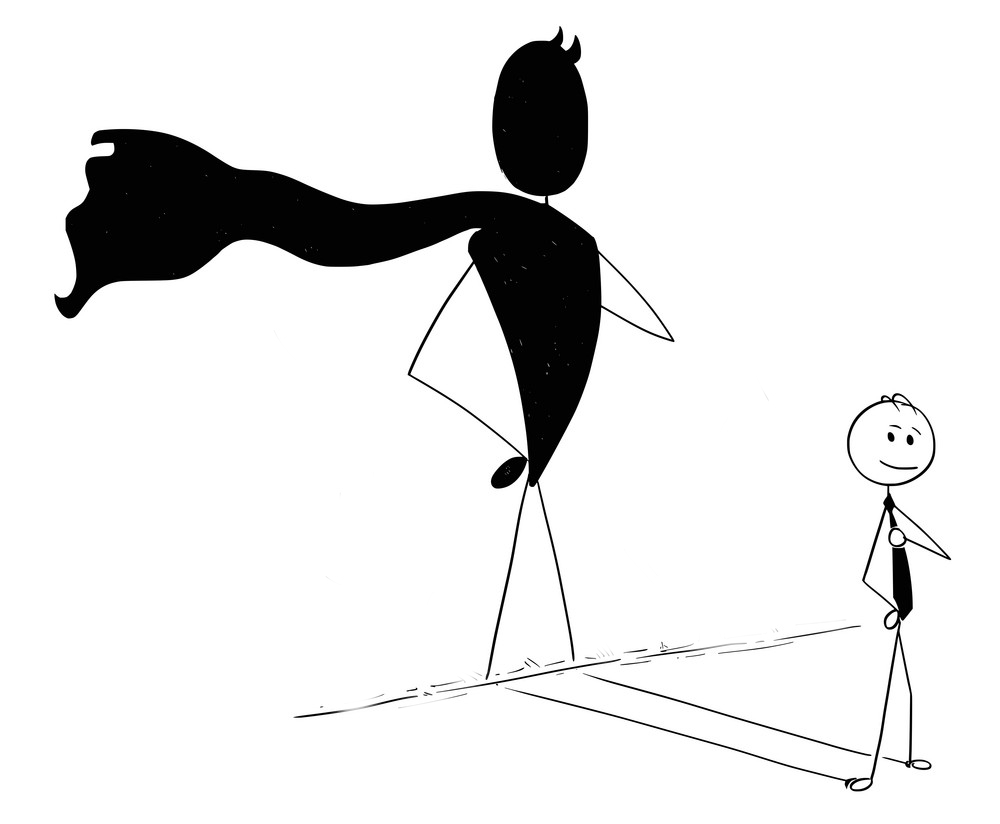 This is really more of an anti-hero story. This is one of those times in my life that I wish I could have a “do-over.” I was in 9th grade. I was insecure and overly concerned about what my “friends” thought of me. There was a kid who started school in the middle of the year and he didn’t “fit” with the rest of the people in our school. He smelled funny and wore the same clothes to school almost every day. He sat alone at a lunch table near us every day and my friends made fun of him. I didn’t take part and say anything, but I laughed at the things they were saying and I didn’t have the courage to stand up against them. I was too scared that my “friends” would turn on me and make fun of me if I had tried taking up for him.

I don’t know what ever happened to that kid ’cause I moved away at the end of that year, but I do know that I wish I had done something to defend him. I didn’t understand it at the time, but I know now that if I had stood up for him, some of my friends probably would have turned on me and started making fun of me. I also know that in spite of the words they might say, each and every one of them would have thought about it the next time they had the chance to make fun of him. My courage would have created another hurdle that each one of them would have been forced to jump if they wanted to say something about him again. If I had stood up for him, each of my friends would have gained a little more respect for me too. They may not have ever said anything about it, but they would have seen me making the right choice and they would have probably in some small way wished that they themselves would have had that kind of courage.

As I look back, I have the knowledge of life experiences to help me see that if I had done the right thing, everything would have worked out even better for me. The problem is that in the moment, I didn’t know all that. I believed that my “friends” temporary approval of me was more important than the long lasting respect I could have gained. My prayer is that you’ll learn from my experiences and do the right thing in those moments. Be the hero. Do the right thing.

By the way, I can’t remember the last time I talked to any of those “friends.” I honestly can’t even remember most of their names. Although they were important to me at the time, I wouldn’t say that they are now. Friends come and go in life and that’s okay. Sometimes we need to let ’em go ’cause they’re keeping us from being who we’re called to be.

Another important distinction here is between an actual fear/sacrifice and a perceived fear/sacrifice. They all “feel” like real fears/sacrifices, but sometimes we let our imaginations get the best of us. We should try to concentrate and focus on what we “know,” rather than what we “feel.” It may be our perception that our friends would look down on us for sitting with that weird kid during lunch at school, but would it really happen? Probably not, but maybe so. That’s what makes it heroic. There is a possibility of sacrifice, but in the end it’s the right thing to do, so you just do it. You might even have friends who would make fun of you for making that decision, but inwardly, I believe you would actually gain their respect. Even if they never admit it, you have shown them the kind of person that you are – the kind of person who can be counted on to do the right thing. They will have seen a hero.

Oh…..by the way, just ’cause nobody ever calls you a hero or even notices your efforts, does not mean that you aren’t a hero. If you do the right thing consistently, even when it’s scary or it costs you something, you ARE a HERO!

Galatians 6:9 – Let us not grow weary of doing good, for in due season we will reap, if we do not give up.

Colossians 3:17 – Whatever you do, in word or in deed, do everything in the name of the Lord Jesus, giving thanks to God the Father through him.

1 Thessalonians 5:15 – See that no one repays evil for evil, but always seek to do good to one another and to everyone.

“I used to think courage was about not being afraid; but now I think it’s about being present even when we are.” – Bob Goff

“Success is the sum of small efforts repeated day in and day out.” – Robert Collier

“We live in a world in which we need to share responsibility. It’s easy to say, ‘It’s not my child, not my community, not my world, not my problem.’ Then there are those who see the need and respond. I consider those people my heroes.” – Mister Rogers

“The drops of rain make a hole in the stone, not by violence, but by oft falling.” #perserverance – Lucretius 95BC

“That’s how we’re gonna win – not fighting what we hate, [but] saving what we love.” – Rose in “The Last Jedi”

“Courage is not the absence of fear, but rather the judgment that something else is more important than fear.” – Ambrose Redmoon

“My heroes are and were my parents. I can’t see having anyone else as my heroes.” – Michael Jordan