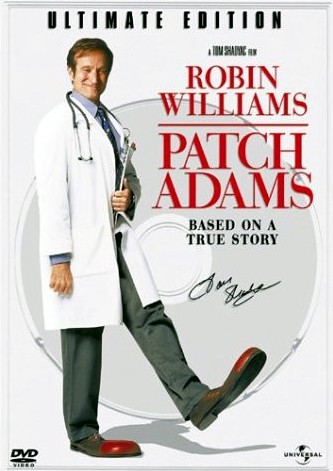 Patch Adams is a great example of leadership. He is determined to chase the dream/vision of helping people. When he fixed a cup and was called “Patch,” he realized he could help people. This identity gave him the confidence to chase after this vision and propelled him into all kinds of circumstances. He thought outside the box that medical school gave him and challenged everything he was taught in regards to professional distance. He learned to look beyond a problem to it’s solution from a man in a mental hospital and imagined a new kind of hospital by playing with a napkin dispenser and ketchup bottle. Vision and new ideas just flowed out of him because he was always on the lookout for them. These things were more than just ideas though – or as Andy Stanley would put it  – they were more than dreams that “could” be, they were visions that “should” be. And Patch was the kind of guy who  really worked to make them happen. He was also good at relationships – people wanted to be around him – They could get behind his vision for helping people because they trusted him so much.

Patch is a leader. He was a man of character and skills, who was good at relationships and had a vision that they could get behind.