“May the force be with you.” It’s a classic quote. With those 5 little words I have referred you to a concept found in the Star Wars films. Almost anyone in our culture would recognize the reference, without mentioning the film itself. Jesus often did the same thing. 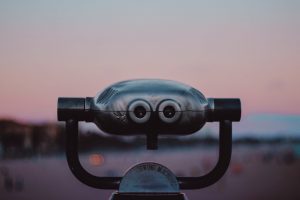 A practice called a “remez” (meaning “hint”) was practiced by most rabbis (including Jesus) during Biblical times. A “remez” is not actually hidden. It’s right in front of you if you know the Scriptures. They act like a pair of binoculars, revealing the full meaning of the interactions of first century Jews.  You see, the Jewish educational system required that every young boy memorize the Old Testament Law. (1st Five Books of Bible) Many went on to memorize the entire Old Testament. Their culture was so steeped in the Scriptures, that they could quote a part of a verse knowing that almost everyone else would recognize the end. According to FishingtheAbyss.com, there are “30 – 50 (potentially more) remezim of Jesus recorded in the gospels.”

Here’s an example: Ever wonder why the Pharisees hated Jesus so much? Although He did say some things to them that were not very flattering, sometimes it’s what He didn’t say that bothered them the most.

But when the chief priests and the teachers of the law saw the wonderful things he did and the children shouting in the temple area, “Hosanna to the Son of David,” they were indignant. “Do you hear what these children are saying?” they asked him.
“Yes,” replied Jesus, “have you never read,
” ‘From the lips of children and infants
you have ordained praise’?”

Why would that make them so angry? It doesn’t sound so bad. But check out what the rest of that verse says. He was quoting Psalm 8:2

From the lips of children and infants
you have ordained praise
because of your enemies,
to silence the foe and the avenger.

The Pharisees knew the end of the verse He was quoting – and Jesus knew it too. He called them “enemies!” No wonder they got so mad.

Anyway, the “remez” is an interesting practice. We’ve got to know the whole of Scripture in order to understand the intricacies of the things Jesus said (and didn’t day).

Matthew 21:13 hints at Isaiah 56:7 (Jesus isn’t as mad about them selling stuff in the temple area as much as He is concerned that this was the only place the Gentiles could worship and they were not being allowed to do so.)

Luke 19:10 hints at Ezekiel 34 (Revealing Himself as the Messiah)

Mark 15:34 would have been an obvious “remez” to the Jews present at the time. Hinting at Psalm 22-24 (Messianic Psalms)

OK – so that should be enough to get you started. The bottom line for me is this. If we could approach the Scriptures with the context of Jewish culture, we’d have a much greater understanding and these sorts of nuances wouldn’t fly over our heads. I may be strange (and some of you know it’s true) but I’d sure like to be able to talk about the Scriptures as easily and with as much nuance as I do about Star Wars.